How to Deal with Depression & Anxiety the LOA Way

0
Depression and anxiety SUCK.  There is no way around this.
TOTALLY SUCK.
If you’ve been following me a while, you know that I usually like to keep these emails upbeat.  Some of you may think I have sunshine and rainbows coming out my eyes and ears. (Admittedly, I sometimes do.  🙂 …and I prefer it that way!)
But I want you to know: I personally am susceptible to both depression and anxiety as much as anyone.  I do experience both from time to time.  And they SUCK.
That being said, I’ve also learned how to deal with it when it appears so I don’t get swallowed whole…at least not for long anyway.
(I use those words purposefully — “Swallowed Whole”  — it’s what depression feels like to me.  I’ve often thought about an artist’s rendition of depression as a huge faceless octopus monster coming up from below, who has quietly wrapped its heavy, slimy tentacles around me and is slowly, tortuously dragging me down, down, down; I’m totally helpless and powerless.  There is no struggle, just a sort of suffocation and heaviness and darkness).
I have a low tolerance for feeling badly anyway.  So if one of the intensely negative feelings creep up, I can barely stand it.  After all, I don’t even like the way I feel after having a piece of cake, so intense bad feelings are almost crushing…
But what do you do when it’s there?  What do you do when that Octopus Monster has arrived?
HERE IS WHAT I DO:
(It’s deceptively simple, so hang with me.)
I (try to) give myself a DAMN BREAK.  I try not to make the Octopus-Monster a big deal, (at this point, it’s impossible to ignore, but I don’t want to give it more power)….mostly because making it a big deal will just add to the bad feelings.  I just let myself feel it, painful as it may be.  I just let myself be, as best I can.  I don’t make it a THING, best I can.
When I’m ready, I look for tiny little ways to feel better…without TRYING to feel better. I say, “I’m willing to feel better.”  I don’t force it.  I just say that I’m willing.  Sometimes it’s crawling back in bed.  Sometimes it’s going for a walk.  Sometimes it can mean ice cream for dinner and Netflix (I know it’s cliche, I’m just saying.)  Sometimes it’s writing in my journal.   Sometimes it’s making sure I eat something healthy. Sometimes it’s showering and putting on lipstick. Sometimes it’s making myself do something I don’t feel like doing, like cleaning the kitchen.  Sometimes it’s letting myself do nothing at all and just stare out the window.
The point is:  no matter what it is, I GIVE MYSELF A BREAK (again best I can) for whatever I’m doing or not doing.  I don’t ADD to the yucky feelings, if possible (sometimes it’s not possible) by judging myself for ANYTHING.
Abraham-Hicks says that when we go to sleep, we stop momentum.  This is great news.  They say that all negative feelings are a momentum of energy in a direction that we aren’t comfortable with.  We’ve let the train get moving fast down a track that’s not fun.  In order to go the other way, we gotta give ourselves a break (brake?) but it doesn’t just happen on the turn of a dime.  It’s a TRAIN, by golly.  So let yourself get a few good thoughts in, here and there, (or go to sleep), and you’ll start to slow that train down, so you can build up a tiny bit of momentum the other way.
A friend of mine went to see the Toni Morrison documentary at Sidewalk Film Festival this weekend — I only heard good things about it.  What she got out of it is:  “Do what you can with where you are now.”
That’s basically all we can do, People.
I’ve also learned that those not-fun depression/anxiety/anger spells can actually be resistance to something greater brewing inside us that we haven’t let ourselves be up to speed with.  Once you’ve got the momentum slowed down and turned around a little bit, you may be surprised on how fast you get up to speed….and feel much, much, much better…with only a teensy bit of feeling good. 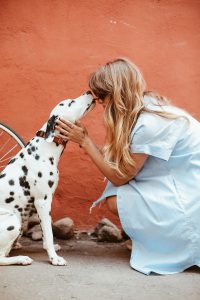 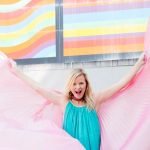 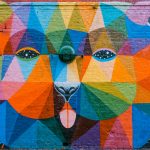 Animal Totems and Other Messages from the UniverseUncategorized