50+ Books to Shift Your Consciousness & Inspire You

With summer around the corner, what better way to spend a lazy day than to read?   Get inspired this summer!   Here’s a list of some of my favorites in no particular order if you need something to oh, you know, change your life in amazing ways…

Autobiography of a Yogi by Paramahansa Yogananda

The Big Leap by Gay Hendricks

The Course in Miracles

Ask and It is Given by Abraham-Hicks

You Can Heal Your Life by Louise Hay

The Alchemist by Pablo Coehlo

The Artist’s Way by Julia Cameron

The Power of Now by Eckhart Tolle

The Power of Myth by Joseph Campbell

Non-Violent Communication by Marshall B. Rosenberg

The Game of Life by Florence Scovel Shinn

The Four Agreements by Don-Miguel Ruiz

Diet for a New America by John Robbins

The Tipping Point by Malcolm Gladwell

Mists of Avalon by Marion Bradley

Way of the Peaceful Warrior by Dan Millman

The Hobbit by J. R. Tolkien

The Man Who Planted Trees by Jean Giono

Anatomy of the Spirit by Caroline Myss

The Prophet by Kahlil Gibran

The Teachings of Don Juan by Carlos Castaneda

Many Lives, Many Masters by Brian Weiss

There Is A River: The Story of Edgar Cayce by Thomas Sugre

The Celestine Prophecy by James Redfield

The Life-Changing Magic of Tidying Up by Marie Kondo

Clear Your Clutter with Feng Shui by Karen Kingston

Feng Shui Chic by Sharon Stasney (and all her books)

Move Your Stuff, Change Your Life by Karen Rausch Carter

The Western Guide to Feng Shui by Terah Kathryn Collins

What are your favorites??! 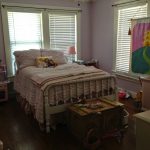 How To Declutter Your Kid’s Stuff WITH Your Kid (and Still All Love Each Other Afterwards)children, declutter, declutter process, decluttering with children, feng shui, kid's bedroom, minimalism, organizing, professional organizer, teaching moments, toys