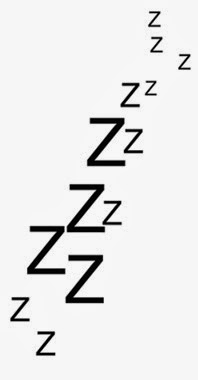 About two months ago, I quit sleeping.  Not altogether, mind you, but I was only getting about three to four hours a night.  And I’m an eight-hour-a-night gal.  At least!
It was torture.  The slightest thing would wake me up, at one or two, or three or four in the morning, and then it was all over – there was no way I was getting back to sleep.
This lasted at this intensity for about two weeks.  Sure I had had little bouts of insomnia before whenever life was a little more stressful than usual, but nothing like this!  I coughed it up to a surge of creative energy (which I really was having with some work projects) and some other fun things, and yes, the usual stressors, and eventually, I just said to heck with it, and went with it, working in those early morning hours only to be spacey and weird the rest of the day.  It did start to subside for a bit, after trying some of the following:
1.     Feng Shui – I already had this going on, but it’s worth mentioning.  I have very little electricity in the room, and it’s decorated in calm colors.  There’s no clutter and absolutely nothing under the bed.  In other words, it’s made for sleep.
2.     Bach Rescue Remedy for Sleep – I had used this before with success.  This time it wasn’t cutting it.
3.     Lavender essential oil – again it was a nice smell, but it wasn’t making me go back to sleep in those wee hours.
4.     Eating heavier at night.  I usually have dinner with my little girl before 6 PM and I usually keep it light, but maybe I needed a little more to keep my energy grounded?
5.     Exercise.  This is not a problem for me.  I am very active, running my own business, being a mom, and fitting in a workout every day.  Still, was I exercising enough???
6.     No computer near bedtime.  Again, I already practiced this, but it’s worth mentioning.
7.     Melatonin.  A couple of people suggested this.  I had never heard of it.  Sure enough, it worked!  Yes, I was drowsy the next day on it, but I liked the drowsy.  It was such a relief after the constant buzz I was on!
8.     No caffeine.  I don’t drink the stuff except when I really and truly feel like I need it (like maybe once a month), but I tell you what, if you are complaining of insomnia and you have even one cup of it a day, I suggest you re-evaluate.  Read more for why.
So the melatonin became my friend, and I got a few decent night’s sleep…but then the insomnia came back and this time, the melatonin wasn’t really working and just making me feel ill.  Two months of this!  I was going nuts.
So I talked to a sleep doctor.  He told me to keep a sleep journal.  He wanted to see if there was a pattern.  I knew this would be pointless because it was the holidays, and I was traveling and there were celebrations, and I was not going to be on any sort of schedule.  But I vowed to do it at the new year when things settled down.  I had to try!
However, the conversation did inspire me to pay attention.
Sure enough, the next day after the talk, I woke up around 3:30…and I was wide awake after about two minutes. Yes, I had a zillion thoughts running through my head, but I noticed something else.  It was as if I got a surge of energy when I was awake just enough.   I FELT this.  I felt my blood start to run faster.
It dawned on me:  “This is something physical.”  It’s amazing how this did not even occur to me before.  After all, I knew myself well enough – with my immensely healthy sleep patterns from the past – that my thoughts were not the only thing keeping me up!  I have always had a lot of thoughts and a lot going on….
What could it be?  Why this physical “rush” early in the morning?
That next day, I let myself ponder this.  I thought back to when it began.  I thought about any changes that happened then.  I thought about this and that and….
…LIGHTBULB!
When did I start taking those Vitamin B vitamins every morning??!?!  (I hadn’t taken vitamins since the Flintstone kind in grade school, but I had recently gotten on the bandwagon.)
It was two months ago!!!
Could it be?  Could it be that…. easy?!
I quit taking the Vitamin B to test it out.  Within two days, I was sleeping soundly through the night, and I have been ever since!  Even when I woke up to use the bathroom or my three-year-old crawled in bed with me, I remained in that naturally drowsy state of sleep and fell back asleep immediately upon waking, even sleeping later than I had slept in MONTHS.  (I’m typically a somewhat early riser.)
Really and truly, my insomnia was kicked.  And sleep has never felt so good!
Moral of the story:
Sometimes the solution is easier than we think.
Look to the source first.
Pay attention.
Our bodies are sensitive.  Don’t buy what they are selling!
And pay attention again!
My Surprising Insomnia Cure2014-01-132014-01-13/wp-content/uploads/2015/10/katie-rogers-logo-sm.pngKatie Rogers/wp-content/uploads/2015/10/katie-rogers-logo-sm.png200px200px
Comments 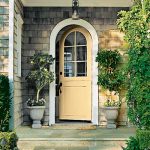