When a Feng Shui Cure is NOT a Cure (a.k.a. My Feng Shui Nod to Football Season)

It’s football season!  And you know what that means in the South.

That it’s football season!  And people are really happy about it. 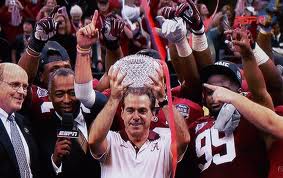 For that reason, I thought I’d share a true story about a client and a football helmet.

To begin:
This particular client had a working knowledge of feng shui, so much so that her entire home office (which was also located in her Money section) had just about every knick-knacky feng shui cure known to man in there.

And, of course, the famous lucky cat:

Now, if this is your style, then great.  BUT these items do not necessarily promote good feng shui.  Especially if there are so many of them that it equals the c-l-u-t-t-e-r.

When I explained to this client that
#1. clutter is not good feng shui, I don’t care what the kind of luck it promises,
#2. having SO many cures actually reveals to me that she’s afraid of losing her money rather than implementing a cure and trusting that the cure will work, and
#3. a lot of these gimmicky things that are labeled as good feng shui are actually just that —

…so we both went to work clearing out most of these so-called cures and leaving only the really awesome ones to represent healthy wealth and finances.

But we weren’t finished.

Now, as we were clearing out objects, it became more and more apparent what was working and what wasn’t.  (You know, the ol’ peeling layers from an onion analogy.)  Lo and behold, a certain something was calling out to me.  She had a large bookshelf in her office, and it was very close to her chair and desk, and on the top of that bookshelf, amongst other items, was a football helmet in a glass case. 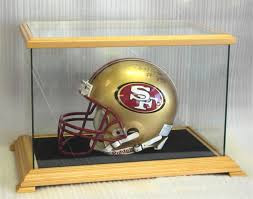 I asked her about it.

She said, “Oh, I don’t know.  It was some gift or award or something.  I just didn’t know what to do with it.”

Ding, ding, ding!!!  My little clutter alarm went off.  She could care less about this helmet so why the heck was it taking up space in her home?

Now, here is what happened.

We took it down.

And let me tell you, it felt like a gush of wind had come into the room. The energy shifted so much from that one item, that my client literally had to sit down because she was dizzy.  I was used to this kind of shift, but boy, she didn’t know what hit her!

It was BIG.  I noted that the helmet was representing a burden “hanging over her head,” and that it’s presence had taken on some major energy.   I explained that her money situation was “overbearing” in some way and had become a “weight on her shoulders.”

By removing the helmet and shaking that energy up, we lightened the feel of the office…and therefore, her money situation.

I’m happy to say that her finances, which had been in major crisis, took a huge shift and are getting back on track.

And that football helmet has found a new home at the Goodwill. Thank goodness.