Loving Where You Are, Even If You Want to Move

I see it all too often.

…all in hopes for the “next move.” When I ask the client about this, the response is along the lines of: “Why put energy into the current place, when surely a move is imminent?”

So many people are dissatisfied with their current living space and are “waiting for the day” for that next, better place. But somehow, that move gets pushed back months, then years.

In essence, then, they are living in limbo. And limbo is not ideal for creating the life you want!

I wrote a blog about my personal experience with this. It happened in my early Feng Shui days. In short, when I first moved to Los Angeles, I landed smack in the middle of the city, and the energy was harsh for this nature-lover. I knew I had to find a place near the beach if I was to “survive” city living. Yet nothing was showing up! It wasn’t until my roommate and I went to work painting and spiffing up our little Miracle Mile apartment, that not one week later, a friend wrote asking if I was interested in a house in Venice, just a 5-minute bike ride from the beach. 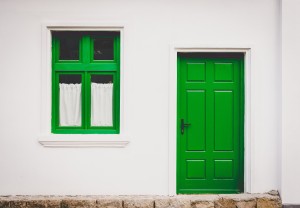 Painting your front door is a way of giving your space some extra love!

So, how did this fast manifestation work?
I surrendered. I made peace with the Miracle Mile space, and we put our love into it, so that the energy of the place got higher, and so did we! My energy soared, and the new place appeared like magic.

This is the Law of Attraction at its best. By appreciating where I was, yet still clear on what I wanted (a place at the beach) but not harboring on it (in fact, I let it go entirely, almost forgetting about it), the Universe took care of the rest.

I had a client recently tell me that they had detailed both their cars. Just a few months later, they found themselves with new cars, unexpectedly.

Another client hired me to declutter with her last year. She called me a couple of weeks ago to clear the energy of her NEW HOME.  I was shocked!  She said, “I didn’t realize it at the time, but the decluttering was preparing us for this move.”  Which happened effortlessly, I might add.

Another client is resistant to hanging art work in her current space.  She wants to move, but she is giving herself a hard time . “Why would I move into another space, when I can’t even get this one where I want it?”

I told her that it’s a fine line, that maybe the resistance in putting the energy into the current space is because deep down she knows she needs and wants to move.

Bottom line:  Do SOMETHING to make peace with where you are.  For that one client, her first step is to declutter and straighten up.  While new furniture and artwork is on the agenda, that’s not the next step…just in case that dream home does show up.  If it’s taking too long, then sure enough, we’ll be doing a bit of interior decorating and furniture purchasing to get this place to feel like home!

So look around — are you living in limbo, hoping for the next great thing?  Or are you creating a space that you can at least appreciate and feel good in?  Now is now!

Flower Power in One Client’s DecorUncategorized 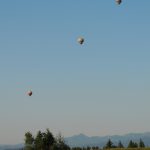